Preview of The Innovative Mindset: Improvisation and Business in the 21st Century

This is a free preview (11 minutes) of the The Innovative Mindset: Improvisation and Business in the 21st Century course. The description of the full course (53 minutes) is provided below.

The 21st century world is fast-changing and unpredictable. We have to be intentional about building and maintaining a mindset which allows us to focus our time and energy on productive activities, and forward moving innovation if we want to thrive. The innovative mindset of discovery is a set of attitudes and behaviors which were derived from 55+ years of studying, teaching and performing improvisation at the Brave New Workshop, the longest-running satirical and improv comedy theater in the U.S. In this course you will gain insight into the mindset of discovery and its benefits as well as practical tools and techniques to help you spend more time in it. The goal of the course is to increase your ability to weave innovation in your everyday life at work and at home.

We have found that practicing five simple but powerful behaviors, which we call the Big Five, is an effective way to position yourself to spend more time in the mindset of discovery. The Big Five are listening, deferring judgment, reframing, declaring, jumping in.

This course is for professionals within the following business functions: 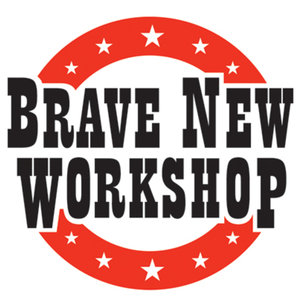 As the owner and director of America’s longest running comedy theater, John has honed his powers of improvisation to ignite cultures of innovative behavior within America’s biggest businesses including Microsoft, PWC, General Mills & UnitedHealth Group – resulting in more than 2500 events to date. He is the author of several books, including The Innovative Mindset, published by Wiley. Featured across countless media platforms including Forbes, Inc. and The Financial Times, he uses his well-tested understanding of how human behavior is influenced, to implement simple but groundbreaking tools such as “Yes and…” and “The Big 5” so you too can be at peak innovation fitness. But the driving force behind Sweeney’s success are the results he helps clients achieve by effectively bridging improvisational theater skills and behaviors to the workplace through his speeches and training. His improvisational insights have resonated with a broad spectrum of forward-thinking business leaders from some of the most innovative and largest companies in the world – ensuring every level of the organization is operating within the mindset of discovery. John’s methods have been honed and perfected as a result of over 20 years in the improvisation space – he has seen first-hand, and implemented himself, the practices that allow people to move from a mindset of fear, to a mindset of discovery. Improvisation is the perfect vehicle to work on one’s mindset, because it breaks down complex social interactions, team dynamics and cultural norms to the very basics of humanness and how we collaborate, communicate and create. It is in a way a lab in which we can help people set aside their every-day fears of making a mistake, looking smart or making an impression by creating an environment, in which the rules of interaction are centered around acceptance, openness, recognition, authenticity and laughter – resulting in a hot bed of new behaviors and ideas. Elena Imaretska works at the intersection of arts, business and innovation. She is VP of New Products, Partnerships and Sustainability for the corporate speaking and training business of the Brave New Workshop, the longest running satirical comedy and improv theater in the USA, located in the heart of Minneapolis. Elena spends her days managing programs that focus on the human side of innovation, and specifically the behaviors and mindset needed for employees and leaders to foster an open, inclusive, and nimble culture. She is a strategist, innovative thinker and life-long learner who focuses on maximizing the impact of BNW’s training programs and creating sustainable models for behavioral change. Elena and her team have the pleasure of working with interesting global companies including Cargill, General Mills, UnitedHealth Group, Target, Hilton, Microsoft, and Heineken to name a few. Prior to joining the Brave New Workshop, Elena was raised in Bulgaria, studied in Germany, worked in Japan and received a BA degree at Colorado College, CO and an MBA from Thunderbird School of Global Management. It’s fair to say, she’s been through the ringer on three continents and recognizes the value that new ideas, diversity and different points of view can bring to a company. Elena is also passionate about sustainability and innovating the way we do things to ensure social, economic and environmental prosperity. She heads the Brave New Workshop’s citizenship efforts and has led the formation of a coalition of theaters in the Twin Cities who are dedicated to sustainability. The Brave New Workshop itself is a self-funding arts organization, an innovative model that has worked for 55-plus years entertaining millions of people and launching the careers of many famous alumni, including the first two head writers of Saturday Night Live.
Read more Find out more about John Sweeney & Elena Imaretska